If you’re looking to buy a solid-state drive (SSD), you may be wondering which brand is best. SanDisk and Samsung are two of the most popular SSD brands on the market. So, which one should you buy? SanDisk SSDs are known for their reliability and affordability. Samsung SSDs, on the other hand, offer faster speeds and more storage capacity.

Ultimately, the decision of which SSD to buy depends on your needs and budget. We’re going to have a look at the things you should take into account when trying to decide between SanDisk vs Samsung SSD. 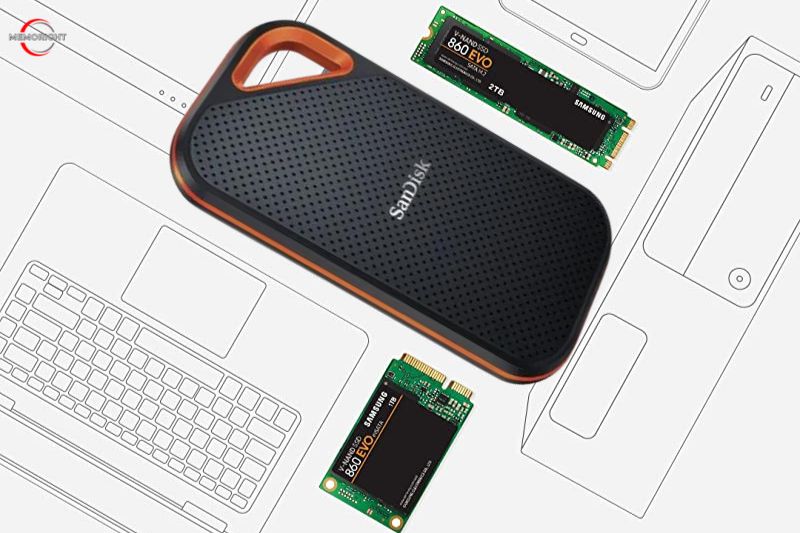 There are only minor differences between SanDisk SSDs and Samsung SSDs, but SanDisk SSDs are usually more durable. So if you’ll be using your external SSD on the go, SanDisk might be the better option. However, both Samsung and SanDisk are well-known brands, and everyone probably has a preference for both of them. We’re going to be looking at external storage here as opposed to internal, but the brands are leaders in both areas. Let’s see which would be a better choice for you.

In the RAM-related DRAM market, Samsung dominates the competition, with Hynix, Elpida (whom Micron had already bought), and Micron trailing behind with lower market shares. Samsung also holds the top spot in the NAND flash market (connected to SSDs), while Toshiba, Western Digital, Micron, and Hynix have lower market shares than Samsung.

SanDisk dominates the market for flash memory cards. Thanks to the whole flash memory chip processing system it has developed, SanDisk has also emerged as a major player in the SSD market.

However, on October 21, 2015, Western Digital said it would pay $19 billion to purchase SanDisk Corporation. The transaction was finalized on May 12, 2016, costing $16 billion. Therefore, the current SanDisk drives are made by Western Digital. 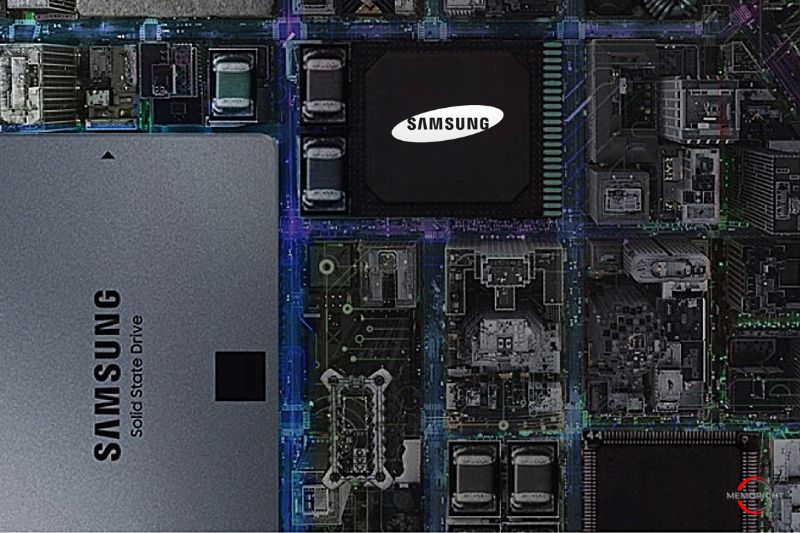 Let’s take a look at the SSD products from both companies (just the consumer-class SSDs):

Samsung vs SanDisk SSD: What are the Differences? 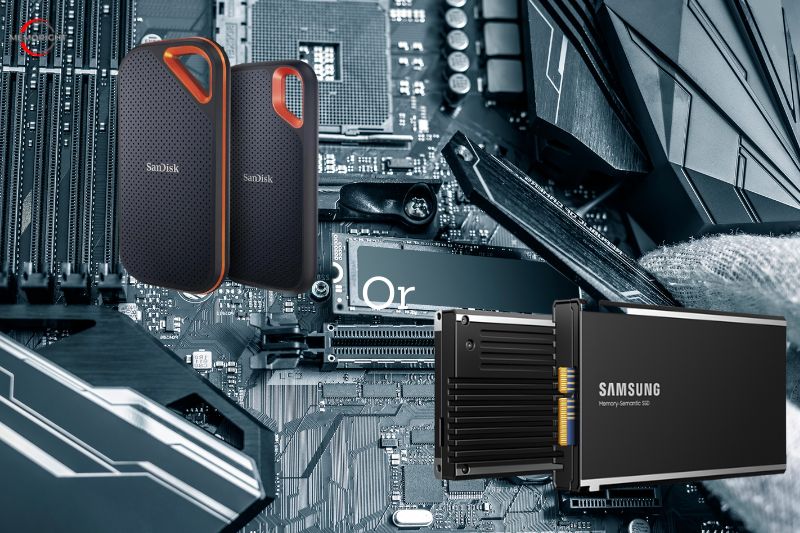 The first thing that you’re going to notice with a new SSD is its shell or casing. This is actually pretty important, as it’s going to be the main thing protecting your technology, which might have very important things on there. Both of these models are very similar to one another, so it’s difficult to say which is best. However, the main way that we can set these two apart is by the design of their casing.

The SanDisk is designed to be able to take a lot of wear and tear. Whilst some of the casing is plastic, it’s covered in rubber all around the edges of this model. While the Samsung model, its main focus is on being small and lightweight. It weighs only 51g, and it’s definitely the better looking of the two. However, the casing isn’t the most resilient, and even though Samsung says it can withstand some abuse, it’s not as durable as the SanDisk Extreme.

The whole reason that we’re using an SSD in the first place is that they have a faster read and write speed than other forms of storage. All this means is how quickly the SSD can open a file (read), and how quickly it’ll save a file to it too (write). The difference in reading and write speeds between these two models is going to be negligible, and you probably wouldn’t even notice a difference.

Whilst the SanDisk is stated to have about 550mb/s speeds whilst the Samsung has around 540mb/s, they’re both likely to return between 400-450mb/s in reality with your device. Remember, this is only their optimal speed! So, there’s really minimal difference between the two here.

Samsung and Sandisk SSD create a great comparison in this section. The two actual performers have almost the same hardware and data protection capabilities. And You can set passwords to your files and folders from unwanted access.

Both have their pros and cons. When SanDisk drives tend to be more expensive than Samsung drives, but they’re also generally faster and more reliable. Samsung drives, on the other hand, are often cheaper and more widely available. Ultimately, it comes down to personal preference. If you’re looking for the best possible performance, SanDisk is probably the way to go. If you’re more concerned about price, Samsung is worth considering.

Another area where you can usually separate products is by their warranty. However, out of some special products, both of these brands offer a pretty comprehensive three-year warranty for all their SSDs, so there’s really not much difference here either.

SSDs tend to be very reliable across the board. They should last you for a good 10 years if you take care of them, and by then, the warranty will have expired long ago.

SanDisk was acquired by hard disk drive manufacturer Western Digital on May 12, 2016, for US$19 billion.

Why are SSDs so expensive right now?

As these SSDs move from being the latest release to the more commonplace technology, you will probably see some drop in cost. For now, the development and manufacturing of these new devices need to be paid for. Therefore, the price is going to remain high until those costs start to go down.

There’s not much to choose between the Samsung SSD and SanDisk. However, we would opt for the SanDisk model due to its design. It’s likely to be more durable in the long run. Both of these models are pretty similar to one another. They’re both marketed at the same price and they both have very similar read and write speeds.

But in terms of design, we much prefer the SanDisk for traveling with. And in terms of reliability, SanDisk too as we’ve always used them – however, this is definitely a personal preference. Both of the models would likely be a good option, and it’s up to you to pick your favorite.