There are two main types of computer storage: RAM vs SSD. So, which should you upgrade first?  Both have their own benefits and drawbacks that need to be considered. Ultimately, it will come down to personal preference and what you feel would benefit your computer usage the most. In this article, take a look at the difference between each option to help you decide. 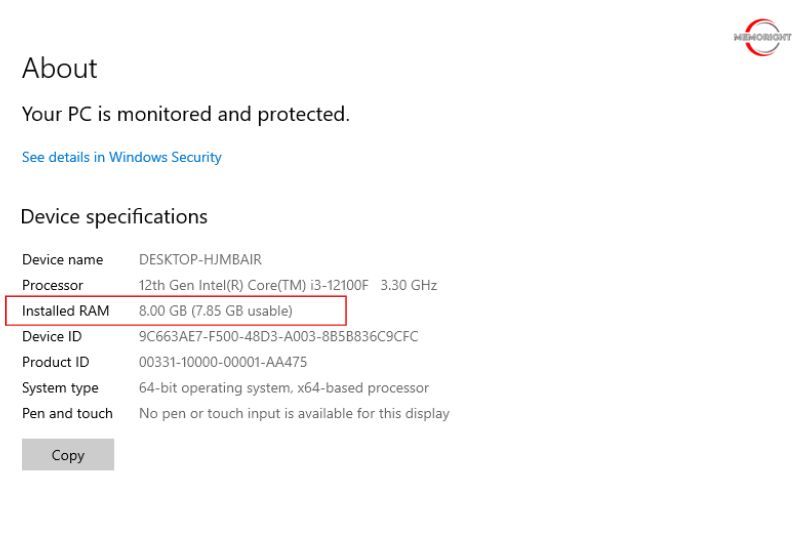 RAM is utilized for any type of data that a computer needs access to quickly because it is much faster than an SSD. Programs use RAM when they are running. Your computer uses it as well when it accesses your hard drive. The drawback of RAM is that whatever is stored within is erased when your computer is turned off. Therefore, it is only appropriate for short-term storage. 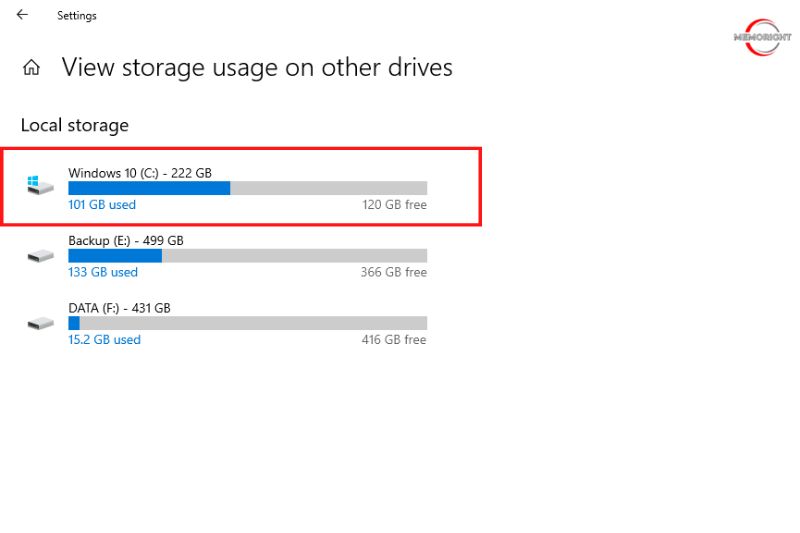 An SSD is a type of hard drive, it is used for permanent storage. It is where your apps and operating system are installed. All of your media files are kept there. If your computer is running out of storage devices, the hard drive, not the RAM, is what’s being used up.

The disadvantage of an SSD is that it operates much more slowly than RAM. Although solid-state devices are far faster than conventional hard drives, read the comparison here. For data that must be accessible instantly, it is not fast enough. Read more information about SSD here…

How RAM and SSD Affect Your Computer’s Performance?

Adding RAM to a PC improves performance by increasing the amount of memory that programs can access while they are running.

An SSD isn’t going to allow you to run more programs simultaneously. It will, however, increase performance in other ways.

The two components work together to display the program and file you want and record your changes.

Because of how your system accesses data, the speed of your memory and storage drive plays a big role in how fast your processor is able to convert data to and from the different data types and make it usable. Because slower memory and storage components can cause data bottlenecks, it’s best to upgrade one or both components. 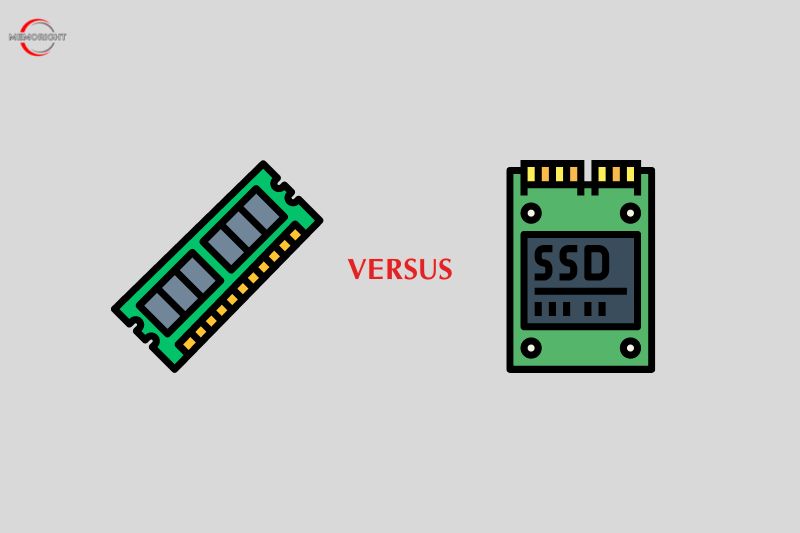 RAM is orders of magnitude faster than an SSD. An SSD’s theoretical maximum transfer speed is that of the SATA interface – 6Gbps, which is equivalent to 750MB/s. A relatively fast SSD may achieve real-world write speeds of 456MB/s, though. The theoretical maximum speed of RAM is in its PC number, so a module of PC3-12800 memory can transfer 12,800MB/s – roughly 30 times faster than the real-world performance of an SSD. Directly substituting an SSD for RAM would end up significantly slowing down your system.

However, in the real world, spending your money on an SSD may make more of a difference than adding RAM. The old rule that adding RAM improves performance breaks down when you already have enough RAM to do what you want. For many users, four to eight GB of memory provides excellent performance. At that point, swapping a relatively slow hard drive for a speedy SSD will make a noticeable difference in how quickly your computer boots up and how quickly programs open. If your operating system needs to use a page file, which is a chunk of your hard disk set aside as a bit of just-in-case memory, a page file stored on an SSD will also be faster.

In terms of the price per GB, RAM is much more expensive than an SSD. As for the ordinary consumer SSDs, an 1TB SSD, for example, is around $150 on Amazon. Of course, the prices of SSDs vary by brands, interfaces, and other factors, but they are commonly less than around 1 dollar per GB. The common price ranges for different RAM sizes are listed below:

The prices of RAM and SSD have reduced in the past few years, making it more affordable for users to upgrade. According to a recent report, prices may soon plummet due to oversupply and weak demand.

Should I upgrade RAM or SSD first?

RAM and an SSD are both possible solutions in case your computer is running slowly. However, the right one depends on the specifications of your PC. RAM upgrades are usually the best choice. Computer speed is more closely related to the amount of RAM available in the computer. However, there are a few exceptions. Adding more RAM won’t make much of a difference if your computer already has lots of RAM. In general, 8GB of RAM is sufficient for most purposes, and memory beyond 16GB is rarely needed. Replacing the RAM will not make your computer run faster if your hard disk drive is slowing it down. In that case, SSDs would be the better choice.

How Much Space Should You Leave on a Computer?

When a drive is filled to capacity, it can cause a variety of problems for Windows systems that are designed to function with a certain amount of empty space. The system may become slow or unresponsive, and it may be difficult to install new programs or save files. But just how much empty space do you really need?

Let’s say you have a 100GB hard drive. Windows will take up about 20-30GB, depending on which version you’re using, so you’ll have around 70GB left for your files. And as a general rule of thumb, you should have at least 15% of your drive’s capacity free at all times. So in this case, you’d want at least 10GB of free space. Of course, if you have a lot of large files, you may need more space. And if you never delete anything, you may eventually run out of room. But as long as you keep an eye on your free space and make sure you have enough, you shouldn’t have any problems.

Should I upgrade RAM or SSD for gaming?

It depends on your situation. If your RAM capacity meets the requirements of your games and is rather sufficient, there’s no need to upgrade RAM. Instead, upgrading to an SSD may boost your gaming experience greatly in this case.

Can You Use SSD to Increase RAM on Laptop?

As our test results show, installing an SSD and the maximum RAM will considerably speed up even an aging notebook: the SSD provides a substantial performance boost, and adding RAM will get the most out of the system.

Does an SSD Make Computer Faster?

An SSD can speed up your everyday tasks by up to six times. 1 SSDs use flash memory to eliminate the moving parts present in HDDs, allowing the computer to find files faster. For laptops, SSDs are more durable and energy-efficient.

Upgrading SSD or RAM is dependent on how you use your computer for. Upgrade the components according to your system needs. We hope that now you know a bit more about the difference between memory and storage as well as how to differentiate between them. If you still need help choosing the right about of storage vs memory for your dedicated or cloud server, consider following memoright.com to get more advice.