Nowadays, new PCI Express hardware has arrived in our computers, promising graphics cards and solid-state drives that are faster than ever. The PCI Express 4.0 interface offers double the bandwidth of PCI Express 3.0 (PCIe gen 3), and it can do that for any expansion cards that connect to your motherboard. You may ask yourself: Does PCIe gen 4 deliver more frames per second when playing games? Does it make your SSD drives a lot faster? Or Whether or not PCI-e 3.0 will still be worth it in 2023? So we decided to make this analysis in which we compare PCIe 3.0 vs PCIe 4.0

What is PCI Express? 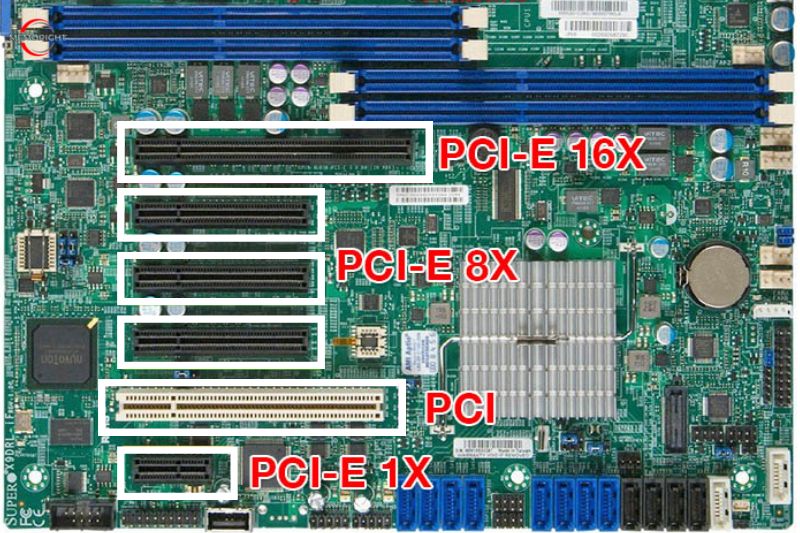 This is accomplished using expansion cards, also known as add-on cards. Simply put, the PCI Express interface allows for the expansion of a motherboard beyond its default GPU, network, and storage configurations.

The PCI Express interface is actualized through PCIe slots, which vary in type depending on a motherboard’s chipset. The slots differ in both length and speed based on their number of lanes (at a minimum, one lane, and at a maximum, 16 lanes). 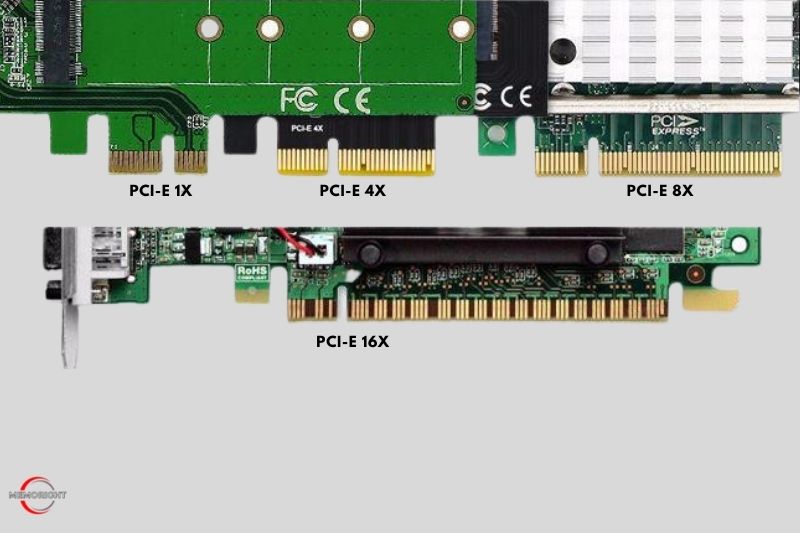 In November 2010, PCI-SIG (PCI Special Interest Group) announced that PCIe 3.0 would come with a data transfer rate of 8 Giga transfers per second (GT/s). Compared to previous PCIe 1.0 and 2.0 generations, PCIe 3.0 has a faster signal speed and a lower data transmission delay. In addition, new features for the PCIe 3.0 standard include a number of optimizations for enhanced signaling and data integrity, such as transmitter and receiver equalization, phase lock loop improvement, clock data recovery, and channel enhancements of supported topologies.

At the same time, PCIe 3.0 is both backward and forward compatible with existing PCIe devices. But the performance depends on the lowest PCIe standard generation in your implementation. For instance, a PCIe 3.0 SSD can be inserted into a PCIe 2.0 slot of a motherboard, but you will only get PCIe 2.0 performance. Likewise, a PCIe 3.0 SSD also can be inserted into a motherboard with a PCIe 4.0 slot, and you will only get PCIe 3.0 performance.

The PCIe 4.0 standard debuted in June 2017. PCIe 4.0 comes with a data transfer rate of 16 GT/s which doubles the bandwidth of PCIe 3.0. This means that a PCIe 4.0 x4 interface can work like a PCIe 3.0 x8 interface and offers the same amount of bandwidth. In addition, PCIe 4.0 still features backward and forward compatibility with other PCIe generations. PCIe 4.0 is still compatible with other PCIe generations, making it a great choice for manufacturers who want to introduce various devices with PCIe 4.0 specs. 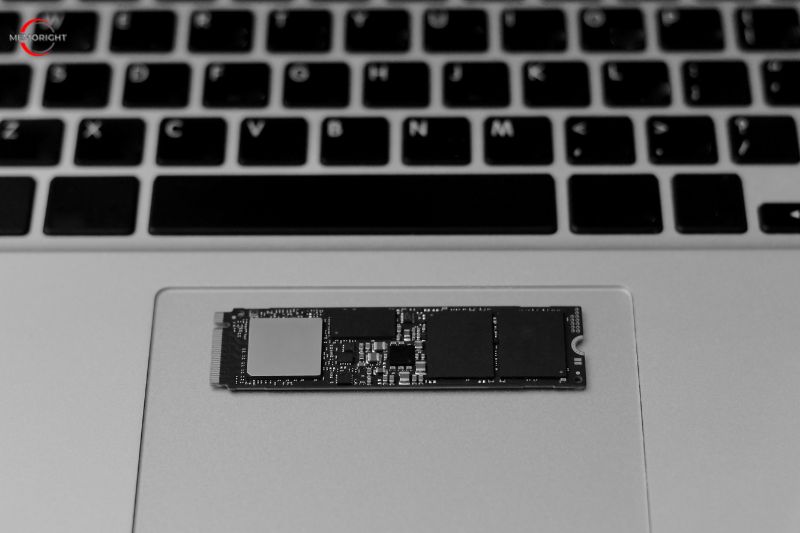 The PCIe slots on your motherboard can have a big impact on the performance and compatibility of your PCIe 3.0 or 4.0 SSD. The slots vary in both length and speed based on the number of PCIe lanes. Each lane contains 2 pairs of wires, one for receiving and one for transmitting. So, when you’re purchasing an SSD, make sure to consider the slots on your motherboard first.

We downloaded and ran CrystalDiskMark, a benchmark that can measure the performance of the SSD, when reading data and writing data, both random and sequential. There are some key differences to keep in mind when considering PCI 3 vs PCI 4 compatibility. Although both PCIe 4.0 and PCIe 3.0 are backward and forward compatible, the performance of high-speed components that use the PCIe slots to connect with the motherboard can vary depending on the size of the PCIe lane configuration.

You can insert a PCIe 3.0 SSD card into a motherboard with PCIe 4.0 slots, but this SSD won’t be able to make full use of the higher bandwidth of the Gen 4 slot. In addition, you need to make sure that the motherboard’s slot has an equal or greater number of lanes than the expansion card you insert into it. Otherwise, your card won’t be inserted into the slot physically.

As with any other new product release, there is a significant price difference between PCIe gen 3 and PCIe gen 4 devices. Generally, PCIe 4.0 GPUs and SSDs are more expensive than their PCIe 3.0 counterparts with the same storage and lane configurations. This is due to the higher bandwidth and better performance that PCIe 4.0 devices offer. Prices also vary depending on the manufacturer, so it’s important to do a thorough analysis of the products before making a purchase decision. 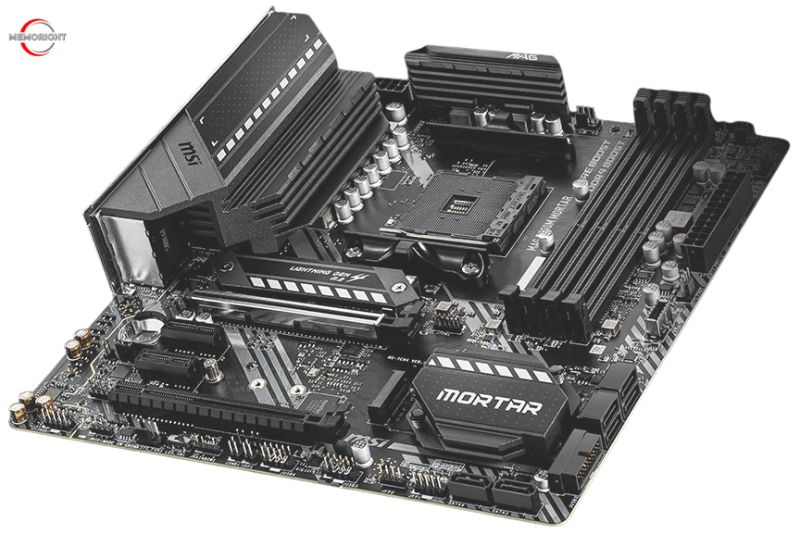 It is worth the upgrade to PCIe gen 4 for gaming if you:

Is PCIe 4.0 Worth the Upgrade?

The key benefit of upgrading to PCI-Express 4.0 is the increased bandwidth. Each version of PCIe roughly doubles the bandwidth available per lane. Any devices which were designed for PCIe gen 4 can benefit from the increase in available bandwidth.

Devices designed for PCIe 4.0 could mean faster storage speeds (video and game loading) and faster graphics (video games and rendering). However, some devices may not even be reaching the limits of PCIe 3.0 yet. The low bandwidth usage by some devices means that it’s only necessary to upgrade if:

The component which can benefit the most from PCIe 4.0 is NVMe storage. The latest top-performing NVMe SSD and add-in card (AIC) storage devices can benefit from both the higher throughput and the throughput available per lane.

With each PCIe version doubling the bandwidth per lane, newer devices can reduce the number of needed lanes. For example, if even the top tier of graphics cards no longer needs the full 16 lanes to meet their needs, they can use 8 or fewer lanes. Using fewer lanes, it frees up more lanes for other devices. Using fewer lanes is important because CPUs provide a limited number of lanes, which need to be distributed among the devices.

The same is valid for storage. If your storage devices no longer need as many lanes, PCIe add-in card (AIC) adapters can connect more NVMe M.2 SSDs. For networking, a single lane could now provide enough bandwidth for 10 Gbps Ethernet.

If you are building a new system, it may make sense to upgrade to 4.0. In particular, future graphics cards and storage devices may further take advantage of this available bandwidth. In this case, you might consider how long you plan to use this computer. For example, will you upgrade your storage and graphics card over the next few years or wait to replace the entire system?

What about The Future?

It looks as if PCIe 4.0’s reign as the latest standard might be short-lived, thanks to PCIe 5.0 SSDs on the horizon, which will again double the bandwidth for potential read and write speeds of up to 16,000MB/s.

No CPUs currently available support the future PCIe 5.0 standard though – that’ll likely come with Intel’s 12th generation Alder Lake CPUs and AMD’s Zen 4 CPUs. It’s not necessarily something we’d hold out for if you’re looking to build the best gaming PC right now, though, as early adoption prices are likely to be high, just like they were when PCIe 4.0 first landed.

Does PCIe 4.0 make a difference?

But the real benefit of PCIe 4.0 compatibility is the option to upgrade to new SSDs and GPUs as the technology matures. New PCIe 4.0 SSDs are designed to have higher maximum read/write speeds than PCIe 3.0 SSDs, but their current real-world advantages in areas like loading times and large file transfer are small.

The PCIe 3.0 x4 mode actually looks better at 1440p relative to the 4.0 spec as the PCIe bandwidth bottleneck is less severe than the compute bottleneck at this resolution. Still, we’re talking about an unnecessary 36% hit to performance.

Is NVMe faster than SATA SSD?

NVMe SSDs are about 3-4 times faster than SATA SSDs with read-write speeds of up to 2000MB/s compared to only 600MB/s of SATA SSDs. Unlike SATA and SCSI, NVMe doesn’t need a controller to communicate with the CPU, making communication with the CPU even faster.

If you’re looking for a speed boost, invest in an SSD with a PCIe 4.0 interface. You’ll see faster loading times for applications and games, and quicker boot rates if your operating system is installed on one. Plus, PCIe gen 4 is more energy-efficient, so your devices will run cooler and be quieter. It’s perfect for today’s data-intensive workloads, and investing in the new standard can help you prepare for the future.

You might not need to switch to a PCIe 4.0 motherboard if you are happy with your present bandwidth and do not have any immediate plans to invest additional money to improve your bandwidth performance. Additionally, don’t worry about upgrading to PCIe gen 4 if you are using PCIe gen 3 slots and components, such as PCIe gen 3 graphic cards and storage. They provide the data transfer speed that your applications require.

But if your applications soon need a bandwidth boost to keep up with an increasing workload, you may want to consider upgrading. In this case, you can always take advantage of the increased bandwidth performance that PCIe 4.0 can offer. When deciding whether to upgrade, always keep your own needs in mind instead of rushing to the newer PCIe 4.0.