With 40 years of experience in hard disk production, Seagate provides reliable storage media for users with various series – Seagate Exos, FireCuda, IronWolf, etc. The IronWolf series is Seagate’s line of professional hard drives, focused on enterprises and prosumers who need high capacity and reliability in storage solutions. There are two options for you – IronWolf vs IronWolf Pro. Choose the one that best fits your needs.

Overview of IronWolf and IronWolf Pro 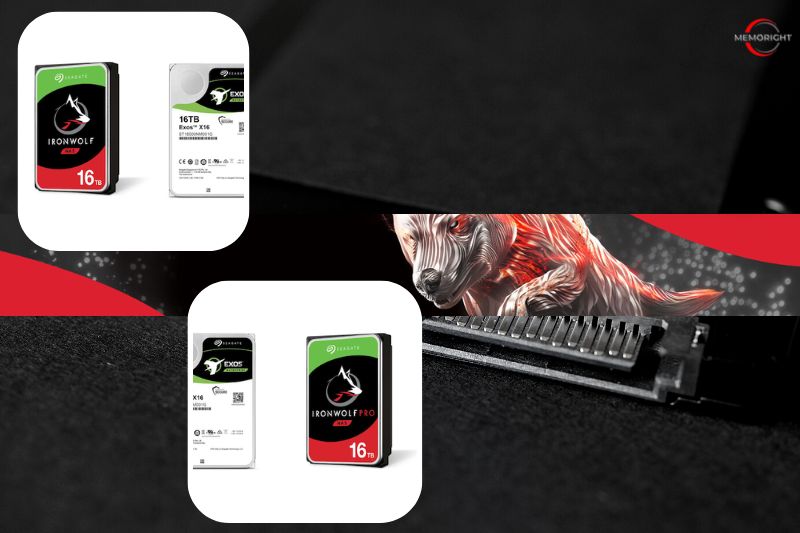 The IronWolf range is Seagate’s professional range of drives. The range is focused on businesses and prosumers who need serious capacity and reliability in their storage solutions. Seagate’s focus for these drives is on Network Attached Storage (NAS), but they’re equally relevant to users who want serious reliability from their in-system storage and RAID arrays.

If the IronWolf range of drives isn’t quite serious enough for you, there’s always the IronWolf Pro range of drives to add on top. The Pro line-up of drives is Seagate’s top-of-the-range Storage of NAS hard drives. They take everything great about the IronWolf drives and dial it up to 11. The Pro drives are going to give you greater reliability, faster speeds, and longer life. More on that and how they compare, coming up. 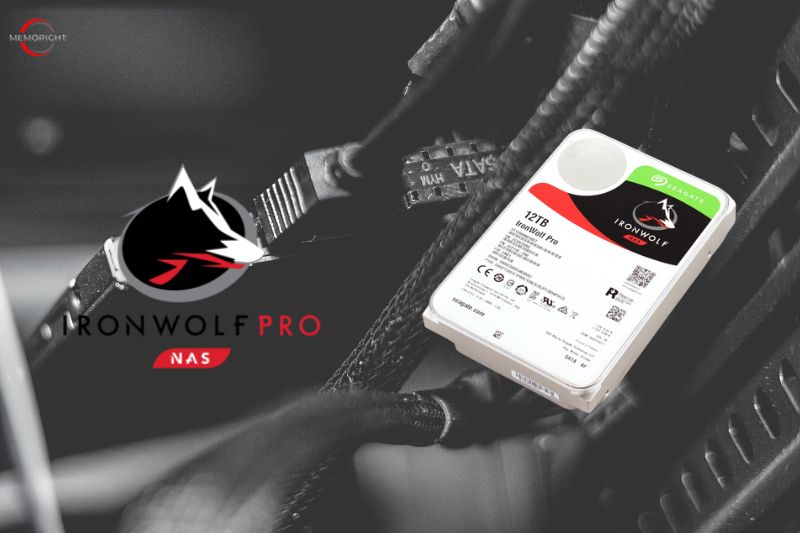 The biggest difference between the two is this:

The larger Ironwolf drives, starting at 8 TB and higher, spin at 7200 rpm, while the smaller capacity models spin at 5400 or 5900 rpm, as can be seen in the comparison table above. But the 7200 rpm speed applies to all IronWolf Pro drives.

When selecting a NAS hard drive, capacity is an important factor. Thus, this part is about IronWolf vs IronWolf Pro for capacity.

Unlike Seagate Exos or FireCuda series, the IronWolf series is limited to 3.5-inch hard drive storage. IronWolf series drives offer a staggering number of storage options, starting at just 1TB (the Pro series starts at 2TB) and going up to 20TB per drive. IronWolf includes 1

Although both IronWolf and IronWolf Pro drive deliver excellent performance, the IronWolf Pro offers some benefits for high-end users looking for a high level of reliability.

But in real life, which drive is faster will depend on your type of enclosure or rack. The IronWolf will likely lead in smaller compartments, while the Pro version will perform better in larger cases or storage racks. This can be attributed to the vibration optimization of the Pro version.

The Ironwolf has a noise level rating of 23-32dB, which is low enough to place the NAS hard drive in your living room or in your study. Not all IronWolf Pro drives are as quiet because the professional audience that the Pro drives target does not really care much about sound levels. But they still stay under a pretty quiet 32 dB level.

Which One to Choose 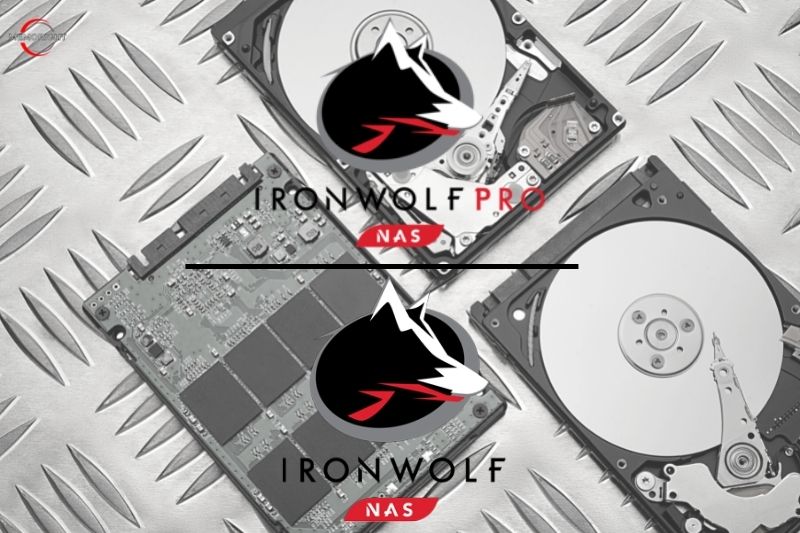 In short, IronWolf Pro drives will give you greater reliability, faster speeds, and a longer life span. But, it has a higher price. While the IronWolf is our choice for home users with a cheaper price but suitable for normal options.

How Much Space Should You Leave on SSD?

When a drive is filled to capacity, it can cause a variety of problems for Windows systems that are designed to function with a certain amount of empty space. The system may become slow or unresponsive, and it may be difficult to install new programs or save files. But just how much empty space do you really need?  Let’s say you have a 100GB hard drive. Windows will take up about 20-30GB, depending on which version you’re using, so you’ll have around 70GB left for your files.

And as a general rule of thumb, you should have at least 15% of your drive’s capacity free at all times. So in this case, you’d want at least 10GB of free space. Of course, if you have a lot of large files, you may need more space. And if you never delete anything, you may eventually run out of room. But as long as you keep an eye on your free space and make sure you have enough, you shouldn’t have any problems.

Is IronWolf better than WD Red?

A NAS drive is designed to be on 24 hours a day, 7 days a week. The NAS hard drive is also rated to handle over three times the workload of the desktop drive. Finally, the desktop drive has a Mean Time Between failures (MTBF) of 750,000 hours. That’s over 85 years.

How good is Seagate IronWolf?

In conclusion, this post has demonstrated the distinctions between the IronWolf vs IronWolf Pro in 5 cases. We think that you can easily know which SSD hard drive is better for you. And if you have any different ideas for Ironwolf and Ironwolf Pro, you can take a look at other product comparisons here.