An SSD (solid-state drive) is a storage device that uses integrated circuit assemblies as memory to store data persistently, typically using flash memory. An SSD slot is a location on a laptop or desktop PC where an SSD can be inserted. SSDs are faster and more reliable than HDDs (hard disk drives), which means they can load programs and files much faster.

How many SSD can a PC have? It’s important to assess your requirements when deciding how many solid-state drives to put in a computer or laptop. We’ll explain all of this below before you invest in more than you need.

Should You Need More SSD On a Computer?

How Many SSD Can a PC Have: The Motherboard Support 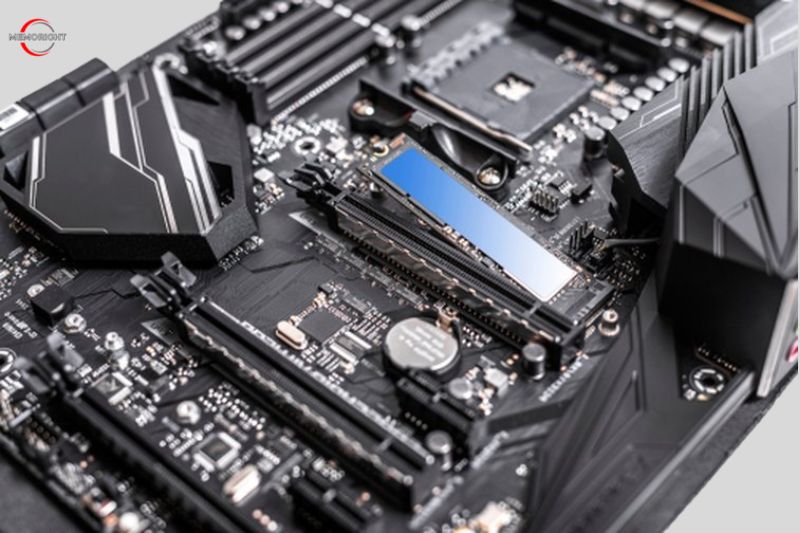 You must first confirm that your motherboard can accommodate several SSDs. You can discover this information by looking at your motherboard’s specifications or contacting the manufacturer. Also, ensure that your case has enough space for all the SSDs.

It’s crucial to set up a RAID array when installing several SSDs. This will allow your computer to use the SSDs as one unit and improve performance. You may establish a number of different types of RAID arrays, and you can learn more about them online.

Most motherboards that enable RAID also support SATA III, the most recent SATA disk standard. A SATA controller card can be used to add more SATA ports if your motherboard is an older model.

RAID array setup is simple, but it’s vital to understand the various types of arrays before you begin. If your motherboard is older, you may be able to add more SATA ports by utilizing a SATA controller card.

How Many SSD Slots Does Your Laptop Have?

The best approach to learning how many SSD slots your laptop has is to search the manufacturer’s website and look at the notebook’s specifications. The model number of your laptop might need to be entered. You can get the model number by selecting the Start button and then entering “system information” in the search box. In general, a laptop has one SSD slot or none at all. Modern computers contain many slots.

How Many SSDs Can You Have At Once? 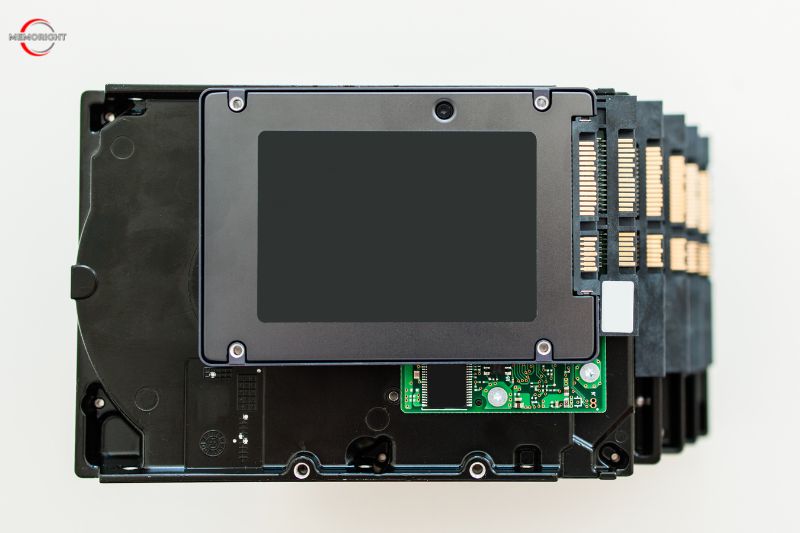 The SATA standard, which in most systems supports 6–8 drives, likewise limits SATA SSDs, but 2.5-inch drives are much smaller than 3.5-inch drives. This enables mounting 2-4 inside of even compact enclosures easier.

Even mounting that would be unsafe with an HDD (like using tape, which wouldn’t protect the disks from rattle and shock) works perfectly fine with an SSD since there are no moving parts inside that need to be reinforced for shock absorption.

SSDs, on the other hand, may employ NVMe bandwidth and have an M.2 form size, unlike HDDs. These M.2 NVMe SSDs enable installing even more SSDs than would typically be possible with SATA alone. Still, your motherboard may have bandwidth restrictions prohibiting all NVMe drives from operating at their full potential.

On some motherboards, there are only roughly two M.2 slots, but as you move up from there, you can see anything from three to six (on very high-end workstation-class Motherboards).

Many of these M.2 slots on budget boards will only support SATA bandwidths and may even disable one or two SATA ports when in use. If you want a SATA setup, pay attention to the documentation for your motherboard.

How Many SSD Do You Need For Gaming?

Frozen screens, broken graphics, and lags are a huge pain, especially when you are in the middle of playing a game. Luckily, all of this can be fixed by using an SSD. So how many SSD do you need for gaming?

Nowadays, most laptops and computers come with many types from 128GB to 2TB of solid-state drive (SSD). The 128GB SSD is like a base option. If you are a casual gamer who is happy with playing only one basic game, 128GB SSD storage will do a decent job for you.

However, if you are a serious gaming enthusiast who consistently plays most graphic games, then a 128GB SSD is not the right option. What you need for them is at least a 256GB SSD or higher than 256GB. The higher the SSD storage, the more pleasant the experience of playing games.

Should You Use RAID With A Multi-SSD Setup?

RAID, or Redundant Array of Independent Disks, is a technology commonly used with multiple hard drives in a server setup or other setup requiring data redundancy. At the same time, not all RAID arrays are focused on providing backup purposes, the ones that do provide great data redundancy.

Besides redundancy, RAID arrays can also be used to pool several drives into one larger, seamless pool of storage. The slowest drive will limit the speed of this pool, though, so it’s recommended not to mix SSDs and HDDs in a RAID array (Unless you use the SSDs as a write cache). However, recommended using SSDs only in a RAID array.

Check out these benchmarks from Userbenchmark.com, which show a considerable performance improvement from running SSDs in a RAID 0 configuration. Let’s line up the pros and cons of RAID with multiple SSDs:

Is It Worth Having 2 SSDs on a Computer?

SSD is your present as well as your future. Having an SSD means you don’t need a hard drive (HDD) anymore. It was designed to improve the performance and speed of your computer or laptop. SSD is also a blessing for gaming enthusiasts.

In this article, we shared some of the information regarding SSD storage devices. Hoping this blog information can help you in some cases.