There are a few different factors to consider when choosing the best SSD for Chia plotting. Capacity is one of the most important, as you’ll need enough space to store your plots. Speed is also important, as you’ll want to be able to quickly access your data. Reliability is another key factor, as you don’t want to lose your data due to a faulty SSD. In this blog, there are a few different brands that offer SSDs specifically for Chia plotting.

SSD vs HDD – Which is Better for Chia Plotting? 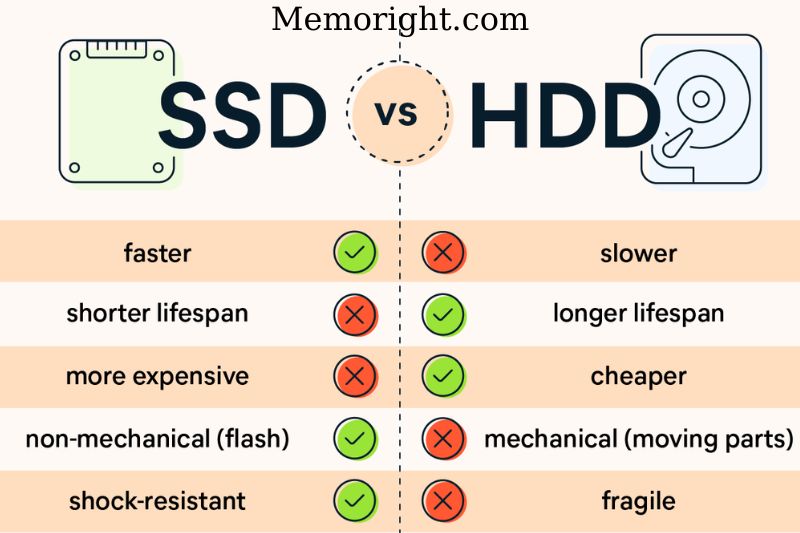 There is a lot of debate over which type of storage is better for chia farming, SSD or HDD. Some people swear by SSD, saying that the faster speed and lower power consumption are worth the extra cost. Others prefer HDD because it offers more storage for the same price. Ultimately, it comes down to personal preference and what you value most in your storage.

Does Chia Farming Impact Your SSD? 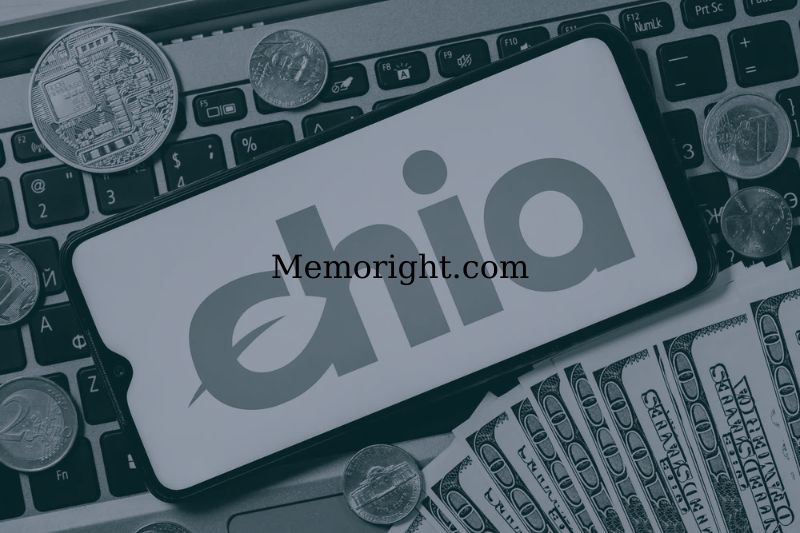 The process of Chia plotting writes a large amount of data, which will wear out the disk and even cause the disk to fail. So, choosing the best Chia SSDs is necessary. How to judge the Chia SSD endurance? There are two main factors:

In addition to the above two factors, there are other factors that may impact SSD endurance. If you want to know whether your hard drive is good or bad, you can check the hard drive through “Top Free Hard Drive Test Tools”.

After checking that, if your hard drive is not very good, you should consider replacing it so that the speed of Chia plotting can be improved. So, what kind of SSD is good for Chia plotting? Scroll down to know the details.

Leveraging Toshiba’s BiCS4 96-layer TLC NAND and a PS5016-E16 controller, the Sabrent Rocket NVMe 4.0 SSD claims speeds as high at 5GB/s read and 4.4GB/s write with throughput as high as 750K IOPS. Of course, one would need a motherboard that supports PCIe 4. With an older motherboard, the expected speeds are dropped to 3.4GB/s read and 3GB/s write, more in line with what is seen with current NVMe SSDs. The Sabrent SSB comes with some decent endurance numbers as well, 1.7 million hours MTBF and up to 3600 TBW.

A few other things to note: a custom heatsink is available to those that need maximum performance and don’t want to worry about heat generation slowing down the drive. This heatsink is a combination of aluminum and copper and is easy to install. The drive comes in a nifty little aluminum box, that while not really adding anything to it, is still a nice touch on the design side of things. The Sabrent SSD is backward compatible with PCIe 3 motherboards.

Along with the MP600 Core, Corsair has released another PCIe Gen4 SSD with the Corsair MP600 Pro. Being a Pro version, this drive comes with higher performance claims, 7GB/s read, and 6.55GB/s write for the 2TB capacity. The MP600 Pro is an M.2 2280 form factor that fits in most rigs assuming there is room for the heat spreader. This drive is aimed at those that need the extra performance such as gamers and creative professionals.

Like the Core version, the Corsair MP600 Pro comes with a large heat spreader. However, there is also a Hydro X version that takes the bulky add-ons to another level with liquid cooling across the water block. While there is no performance difference between the two, the Hydro X is said to be able to sustain high performance longer. Perhaps, but all the bulkiness on M.2 drives seems to miss the point for me. The appeal of these “gum stick” drives is that they are very small and take up nearly no room.

Throwing a bunch of stuff on it seems to defeat that point when they can be added to bulkier drives like 2.5” or AIC cards. That said, the heat dissipation devices do add a certain “cool factor.” The Corsair MP600 Pro leverages 3D TLC NAND for both better performance and endurance. Corsair claims 1400 TBW and a life span of 280 years or 5.49 African elephant lifespans. This strange comparison comes from the company, not from us.

While standard-grade SSDs will serve the average PC user for years on end, they typically can’t handle the rigorous performance demands of plotting Chia. PNY’s LX3030, on the other hand, is built specifically with Chia plotting in mind. As a result, it provides both high-performance and enterprise-level endurance, making it a perfect pick if you’re starting or still building multi-petabyte Chia coin farms.

The PNY LX3030 is an interesting piece of hardware. It comes powered by Phison’s PS5012-E12S SSD controller but it is outfitted with Micron’s 96-Layer QLC flash to take on the grizzly challenges of Chia plotting. Now, you may think to yourself, ‘wait a minute, QLC flash on a supposedly high-performance and endurance SSD?’ In short, yes.

Although the SSD is built with QLC flash, it doesn’t behave like one. To handle the heavy workloads, the flash is programmed to function in SLC mode. However, instead of limiting that to a small region of flash, the company uses 8TB of QLC flash as 2TB of usable SLC.

Like its bigger brother the KC2000, Kingston’s new A2000 uses a Silicon Motion controller and Micron’s 96L TLC flash. However, the SSDs’ controller limits performance to about 2.2/2.0 GBps read/write, which results in lower pricing. The drive still performs well, has a long warranty, and also features heavy-duty hardware encryption options that also offset the more conservative performance specifications.

The combination of features makes Kingston’s A2000 a formidable entry-level M.2 NVMe SSD. With a four-channel Silicon Motion SM2263EN PCIe NVMe controller and Micron’s latest 96L TLC powering it, it has got a lot of fight in it. Need to load up your favorite games fast? Easy. Want to host multiple virtual machines? Not a problem. Edit high bit-rate video? It should be a piece of cake with the A2000.

The A2000 is also a great pick if you have sensitive data and want to upgrade your business laptop. The self-encrypting drive supports 256-bit XTS-AES hardware-based encryption at the controller level, so you can password-protect your data with no performance loss. And, with TCG Opal 2.0 support, you can manage the security with Symantec, McAfee, WinMagic, and other business-class security software. As a byproduct of its eDrive support, it also supports BitLocker.

Crucial’s P5 has been coming along and check’s almost all the boxes for a high-end enthusiast-class PCIe 3.0 x4 NVMe SSD today. Crucial’s P5 is equipped with some serious hardware, including Micron’s third-generation, 96L TLC NAND flash and a brand-new, proprietary six-core NVMe controller, which helps it achieve impressive performance numbers but also fully encrypts the data that is stored. It not only functions effectively, but it also has the appropriate appearance. The P5 was developed by Crucial with a blacked-out appearance to fit into any build for both pros and gamers.

Samsung’s 970 EVO Plus replaced the ever-popular 970 EVO as its mainstream NVMe SSD for tech enthusiasts, hardcore gamers, and professionals. Samsung equipped the SSD with V5 flash, which provides a nice bump in performance up to 3.5 GB/s of sequential read throughput. The drive also boasts hardware encryption support, a five-year warranty, and up to 1,200 TBW of endurance.

Though at press time, the 970 EVO didn’t quite outpace the competition and make our best SSDs list, it’s an excellent drive and very worthy of your consideration. That’s particularly true if you’re looking for greater endurance than more budget-friendly competitors.

Samsung’s fifth generation, 9x-layer 3D NAND was first announced at Flash Memory Summit in 2017, and mass production began in July 2018 with 256Gb TLC dies. However, last year saw NAND flash memory prices crash as good yields and high production volumes of 64L 3D NAND created an oversupply. The major manufacturers have been taking steps to slow their transition to 9xL NAND in order to avoid making that situation even worse for their profit margins. Still, they have not entirely halted the process.

There’s still a strong incentive to provide annual updates to retail products, so it isn’t surprising to see the 970 EVO Plus showing up again. 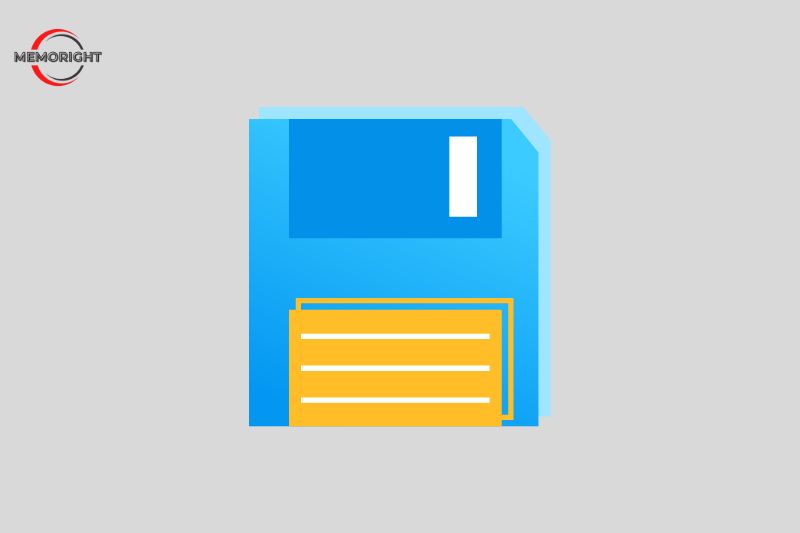 If you’re wondering how much SSD storage you need for a computer, the answer depends on a few factors. The first is what you’ll be using your computer for. If you’re a power user who needs to store a lot of data, you’ll need more storage than someone who only uses their computer for basic tasks. The second factor is the type of data you’ll be storing. If you’re storing large files like video or audio files, you’ll need more storage than someone who only stores text files.

Finally, the size of your hard drive will also affect how much storage you need. A larger hard drive will obviously need more storage than a smaller one. So, how much SSD storage do you need for a computer? It really depends on your specific needs.

Do I need an SSD for Chia?

Anyway, you use the SSD(s) for the plotting, then transfer the finished plots to a large HDD. Chia’s app will let you do that, but it can be a bit finicky, and if something goes wrong like exceeding the temp storage space, the plotting will crash and you’ll lose all that work.

How much RAM is needed for Chia plotting?

For the Chia plotter, we measured the time that it requires to create two k=32 plots in parallel with a zero delay. We used the default settings for each plot that consisted of two processor threads, 3,390MB of memory, and 128 buckets.

The new cryptocurrency, Chia, is way more energy-efficient than Bitcoin and Ethereum. It does minimize electricity waste but creates huge amounts of a different kind of waste- e-waste by damaging hard drives. Also, Chia mining is not totally green as it uses energy, though at lower rates than Bitcoin.

There are plenty of options out there if you’re in the market for a chia-farming SSD. A short list of alternative products above that we think is your great choices. If you have any thoughts or suggestions about our list, let us know in the comments below!