The ADATA Ultimate SU800 is a budget SATA SSD that offers competitive features. However, the Crucial MX500 is a performance SATA SSD and is one of the most popular SSDs ever launched by Crucial. The MX500 is much more popular than the SU800, but that doesn’t mean that the SU800 isn’t worth your money. So, if you’re trying to decide between the ADATA SU800 vs Crucial MX500, it really depends on what you’re looking for. Following this blog to get more information about the difference between them. ADATA’s Ultimate SU800 is their first SSD to use 3D NAND and the first 3D NAND SSD from a company that doesn’t manufacture their own NAND flash memory. The SU800 pairs Micron’s 3D TLC NAND with Silicon Motion’s SM2258 controller (- are known for low cost and low power, and it’s worth noting that their SATA SSD controllers are one of the few remaining single-core designs) to produce an entry-level consumer SATA SSD, available in both 2.5″ and M.2 form factors.

The Crucial MX500 has been on the market a little longer than the BX500. This SSD is of great quality and is accelerated by Micron’s 3D NAND technology for high speed and security to match. The Crucial MX500 SSD is available in both 2.5 inches and M.2 2280 form factors and comes with four different storage capacities up to 2TB. The MX500 is well-rated by gamers for its excellent durability and performance, which matches some of the higher-end brands in terms of quality, but boasts a lower price point.

The Most Popular Comparisons:  Crucial MX500 vs ADATA SU800 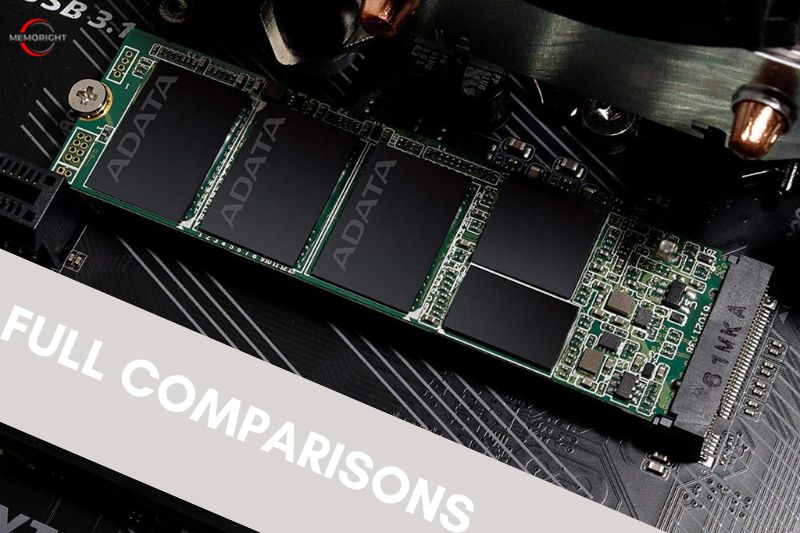 When it comes to form factor, Crucial provides a better choice than ADATA. Both of them use the same Silicon Motion’s SM2258 controller to produce an entry-level consumer SATA SSD and are available in both 2.5″ and M.2 form factors.

There are many parallels between the SU800 vs MX500 regarding the equipment and capacity options. The two drives’ storage capacities range from the user-friendly 250 GB up to the 500 GB and 1 TB models with capacities as high as 2 TB. However, the MX500 includes a 4 TB storage size, missing from the SU800, but its sequential read and write speeds are even worse than the SU800 in some various.

In case, there are many options for customers. If you’re intending to get an SSD just to boost up the speed of the Operating System, then you can rely on 250 GB or 500 GB. Though the higher variants are good enough and get you effective R/W speed, they’re costlier ones.

As you can see, there are only two differences. The ADATA SU800 is using its intelligent SLC and DRAM caching technology. However, the MX500 was able to offer good sequential and random read/write speeds because of its more NAND layers.

In short, in the aspect of performance, the SU800 is much better than the MX500.

We’re impressed with the TBW ratings of ADATA SU800. It has much higher TBW limits as compared to the MX500. Especially the 1600 TBW of the 2TB version. Moreover, Mean Time Between Failure (MTBF) is again higher in ADATA SU800.

However, the main concern is the warranty period. Buyers of the SU800 have to accept a reduction in the 3-year guarantee period compared to the 5 years of the MX500. Calculated over a year, the TBW values ​​of the two SSD series will change a lot.

As for ADATA SU800 and Crucial MX500, SU800 is more expensive than MX500 but brings almost better performance than MX500. If you want to know the more different prices of different storage sizes, you can visit amazon.com or its official site. 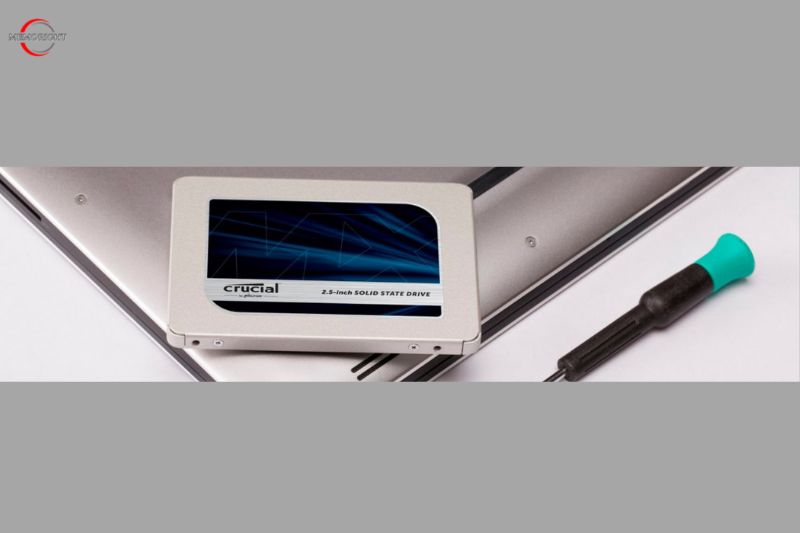 Both of them are good when it comes to tough practical applications.

In our recommendation, the MX500 is the more reasonable choice. It offers a good price-to-performance ratio. It’s true that you only get half of the endurance (TBW) of the SU800 has to offer; but for most of us who use our computer on a regular basis for normal desktop operation, browsing the web, typing, gaming, encoding, etc; the MX500 is more than enough and capable of handling these operations. The endurance (TBW) of this drive is enough for daily basis use and expect that it will last at least for years.

We think the SU800 would be an ideal option for those who care about longevity, do not need too much warranty, and need a higher endurance rating. Perhaps, you require an SSD that can handle (constant) write-intensive applications or scenarios. Whereas, if you simply want a good solid SSD that offers a balance between speed and endurance, reliability and performance, the Crucial MX500 is perhaps the best choice.

When you’re in the market for a new laptop or PC, one of the most commonly asked questions is how much storage you need. Laptops and PCs now come with a wide range of storage capacities, and there are various ways you can store files on your computer. In some cases, you might want to purchase an additional type of storage for your computer. We’ll take a look at the different storage options available for your computer. Follow our blog for more information.

Does the Adata SU800 have DRAM?

The SU800 solid state drive lives up to its Ultimate name with 3D NAND Flash that provides higher storage density, efficiency, and reliability than traditional 2D NAND. It features intelligent SLC caching and a DRAM cache buffer to boost read/write performance even further.

Which type of SSD is the fastest?

PCIe SSDs have more bandwidth and will provide three to four times the speed and performance of SATA SSDs, which means that PCIe SSDs are the fastest type of SSDs.

Is ADATA a good memory?

Yes, aside from ADATA’s popularity and dedicated fan base, the brand has gotten various good reviews on multiple online platforms. Many people claim that they’ve been using ADATA’s products for years without a problem, referring to the longevity and performance of the devices.

As for Crucial MX500 vs ADATA SU800, this post has shown their differences in several aspects. We hope you can easily know which SSD drive is better between them. And if you have any different ideas for the SU800 vs MX500, you can take a look at other product comparisons here.